Welcome at
the Samarkand Conference

Iskandar Abdullaev works as Executive Director at the Regional Environmental Centre for Central Asia (CAREC) in Almaty, Kazakhstan. He has over 15 years of experience in irrigation & drainage management, water institutions, allocation and distribution in Afghanistan and Central Asia and was a founder of the NGO “Association of Uzbekistan for Sustainable Water Resources Development”. Dr. Abdullaev has written three monographs, over 30 peer reviewed articles, policy papers and conference papers, and is member of the International Water Resources Association and Board Member of the Central Asian Research and Development Network.

Lars Brink worked for many years in Canada’s Department of Agriculture, ranging from farm management extension to international trade policy, and at the Organization for Economic Co-operation and Development (OECD). Focusing on agricultural policy and trade, including the World Trade Organization (WTO) rules on farm support, he has advised the Food and Agriculture Organization (FAO), the International Centre for Trade and Sustainable Development (ICTSD), OECD, World Bank, national governments, and other organizations. A member of the International Agricultural Trade Research Consortium, he has degrees in business and in agriculture from Swedish universities and his Ph.D. is from Purdue University, USA.

Liesbeth Dries is currently employed as Associate Professor in institutional economics at Wageningen University, The Netherlands. She acted on several occasions as a consultant for international organizations such as the European Bank for Reconstruction and Development (EBRD), the Food and Agriculture Organization (FAO) and the World Bank. Furthermore, she was a consultant for the International Institute for Environment and Development (IIED) in the “Regoverning Markets” project. Dr. Dries has extensive expertise in the analysis of EU agri-food supply chains, especially in the New Member States.

Will Martin is a Senior Research Fellow at the International Food Policy Research Institute (IFPRI) and President of the International Association of Agricultural Economists. He trained in economics and agricultural economics at the University of Queensland, the Australian National University and Iowa State University. Before joining IFPRI in 2015, he worked at the Australian Bureau of Agricultural Economics, the Australian National University and the World Bank. Professor Martin’s recent research has focused primarily on the impacts of changes in food and trade policies and food prices on poverty and food security in developing countries.

Richard Pomfret is Professor of Economics at Adelaide University, Australia, and Visiting Professor of Economics at the Johns Hopkins University, School of Advanced International Studies (SAIS) Bologna Center, Italy. In 1993 he was seconded to the United Nations for a year, acting as adviser on macroeconomic policy to the Central Asian republics of the former Soviet Union. He has acted as a consultant on Central Asia to the EU, World Bank, United Nations Development Programme (UNDP), Organization for Economic Co-operation and Development (OECD) and Asian Development Bank.  Professor Pomfret has published over a hundred articles and seventeen books, including “The Central Asian Economies since Independence” (Princeton UP, 2006) and “The Age of Equality: The Twentieth Century in Economic Perspective” (Harvard UP, 2011).

Eugenia Serova is the head of FAO’s new liaison office with the Russian Federation in Moscow and former director of the Rural Infrastructure and Agro-Industry Division of the Food and Agriculture Organization (FAO). Before joining FAO, she served as adviser to the Russian Federation Minister of Agriculture, was chair and professor at the Higher School of Economics, a team leader at the Institute for Economy in Transition, and president of the Analytical Centre on Agri-Food Economics. Dr. Serova specializes in agricultural economics, agri-food policy and trade, farm cooperatives and land tenure.

Natalya Volchkova is an Assistant Professor of Economics at the New Economic School in Moscow, Russian Federation, and a core member of the Centre for Economic and Financial Research (CEFIR). Currently, she serves as a member of the Expert Council of Open Government of Russia. Professor Volchkova was a visiting researcher at the Massachusetts Institute of Technology in 2001-2002 and at Harvard University in 2008-2009. In 2008, she was awarded Fulbright scholarship. Her research interests are in the areas of international trade theory and policy, natural resource economics and corporate governance. 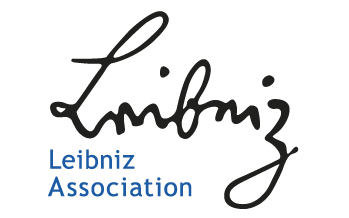